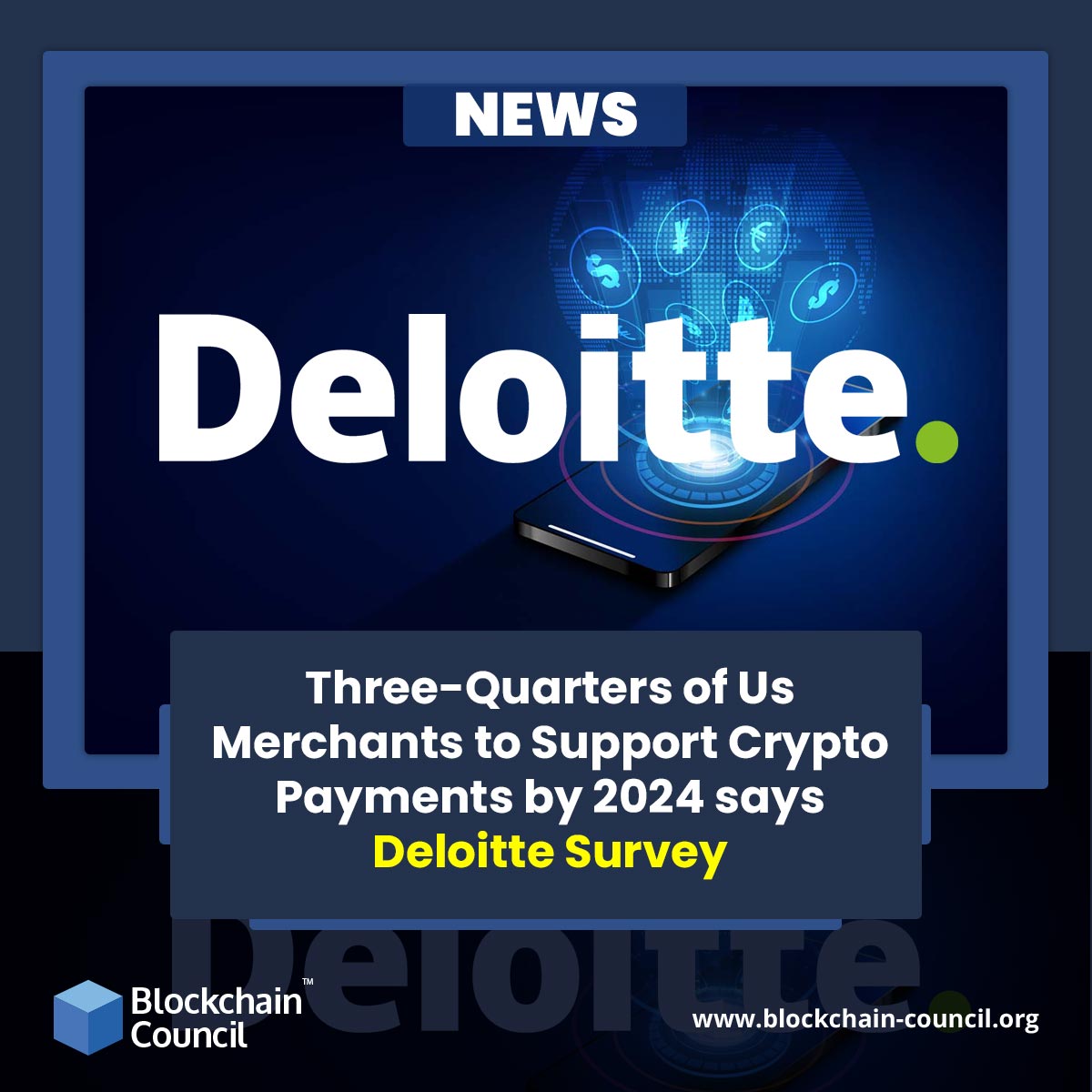 According to a new poll, three-quarters of US merchants aim to support crypto or stablecoin payments over the next two years.

It was also recognized that more than half of major retailers with revenues of $500 million or more are presently investing $1 million or more on the infrastructure necessary to make it happen.

Deloitte’s “Merchants Getting Ready For Crypto” research, which was released on June 8 in collaboration with PayPal, revealed the specifics.

A huge majority of the retailers polled, out of which over 85 percent, believe that crypto payments would be commonplace in their industry in five years.

The analysis contacted 2,000 senior executives of U.S. retail organizations between December 3 and December 16, 2021, during a period when crypto prices were still strong, but the results were only recently disclosed. There was the same number of CEOs in cosmetics, virtual goods, electronics, fashion, food and beverages, home and garden, leisure and hospitality, personal and domestic goods, services, and transportation.

Small and medium-sized businesses are also getting involved, with 73% of merchants with revenues of $10 million to $100 million investing $100,000 to $1 million to provide the necessary infrastructure.

According to Deloitte, expenditure isn’t going to stop there; it’s just going to get bigger between now and 2022. In the 12 months leading up to December, more than 60% of shops stated they anticipate to spend more than $500,000 to support crypto payments.

Consumer interest is driving merchant adoption, with 64 percent of businesses reporting that their consumers are very interested in adopting cryptocurrency to make payments. Over the next five years, almost 83 percent of merchants predict interest to rise or greatly increase.

Nearly half of respondents feel that adopting bitcoin will improve their customer experience, while a similar percentage believe it will grow their client base. Forty percent believed that their brand would be viewed as “cutting edge.”

93 percent of merchants who accept cryptocurrencies have had a positive influence on their client scorecards.
Merchants cite security of the payments system (43 percent), changing rules (37 percent), volatility (36 percent), and a lack of a budget as barriers to implementation (30 percent ).

According to 45 percent of respondents, the most difficult difficulty is integrating cryptocurrencies with legacy systems and combining various cryptos.

Deloitte believes that “continuous education” will provide regulators with more clarity, enabling for wider adoption across a larger range of products and services.

The Blockchain Council’s comprehensive certification program is for you if you want to learn everything there is to know about cryptocurrencies and blockchain technology. The candidates receive theoretical and practical knowledge in an easy-to-understand manner during the sessions. They’re inexpensive, and they provide easy accessibility to the rapidly growing bitcoin industry.

If you want to keep up with the trends of blockchain industry, join our communities on Discord, Reddit and Telegram.

What is Axie Infinity? The Most Comprehensive Guide Ever

Origin Protocol Price Prediction: OGN Is Pushing for a High

Meta signals closure of Novi wallet after a 10-month pilot